K-zell Metals worked with Bleier Industries to create the sign for Tempe Marketplace. K-zell produced the project by building a 3D model in SolidWorks, and then Laser cut the tubes on the rotary axis. The layout and CNC cutting made fitting the parts go quickly and efficiently.

For the Lot 15 project, K-zell worked with Optima to layout, cut, form, and weld the steel parts for a house being built in New Zealand.

"Roadside Attraction" was designed by Tom Coffin and can be found on Route 66 as the first official monument in 1997. It was commissioned by the State of New Mexico Highway Department and the City of Tucumcari in New Mexico. 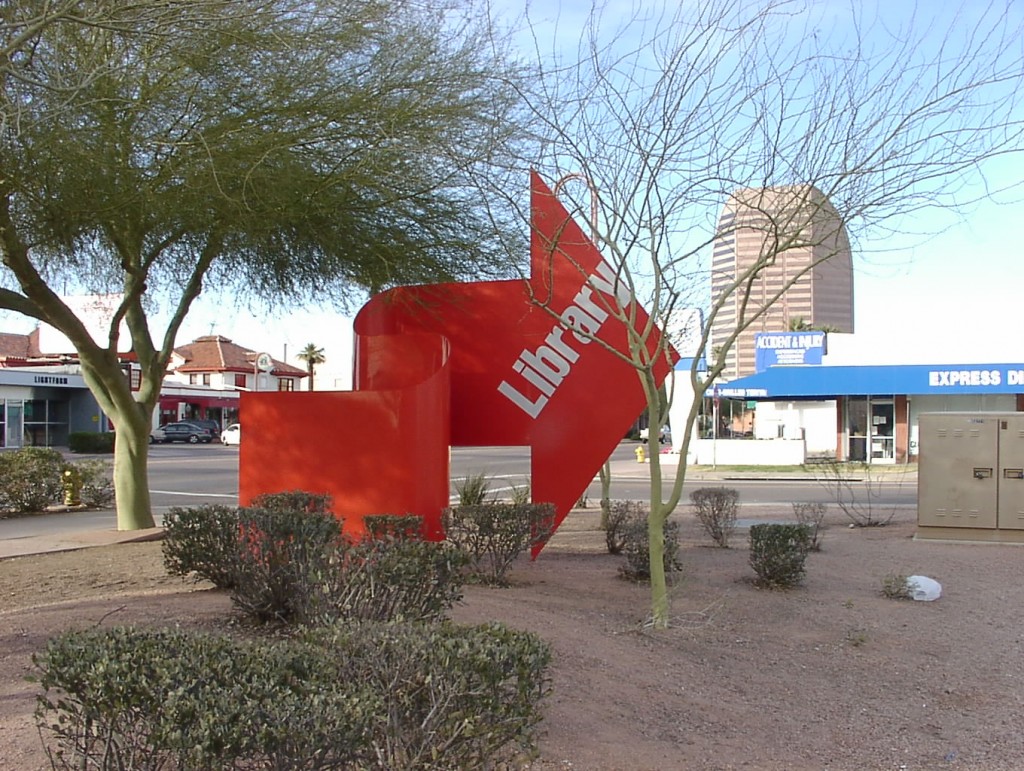 K-zell Metals provided laser cutting and forming services to fabricate this sign. The sign can be seen outside of Burton Barr Public Library in Phoenix, AZ. 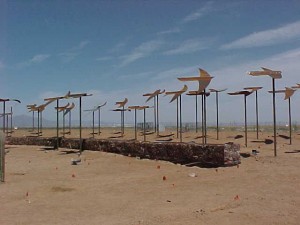 This entry artwork was created for Williams Gateway Airport. K-zell provided the laser cutting, forming, welding, and finishing services on this project.

[Show slideshow]
These parts were made for Bollinger Atleier. They were part of the works by Artist Tom Sachs, Miffy Fountain and Crying Hello Kitty. These were part of an installation at the Paris, France Trocadero.